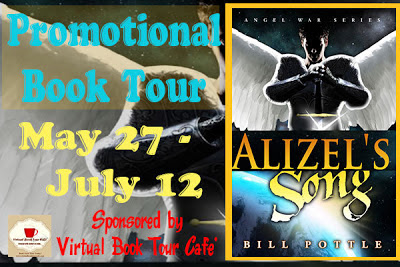 Bill is a martial artist, author, and university professor in Colorado. He tries not to take himself too seriously while his work explores the interplay between religion and science, fantasy and technology, and what it means to be a human. Bill earned his Master's Degree in Biological Engineering from Cornell University and lives happily ever after with his wife and daughter.
See www.facebook.com/events/425325374208644/ for detailsWebsite | Book Site | Facebook 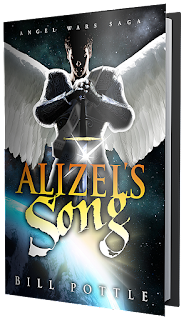 An unranked angel, Alizel, tells the inside story of the rebellion of Lucifer and the fall of man. Join him as he strolls through Heaven’s gardens, ponders theological questions with other angels, and battles against others who have turned away.

This epic tale will take you from the inner workings of the quark to the interplay between galaxies, from what lies hidden in the soul to the fundamental questions of good and evil.
Praise for Alizel's Song!


Raphael, however, was braver than most. Alizel crouched behind the tree as he saw him approaching Luciferel slowly from behind, his soft footfalls beating a calm rhythm. Rafael had broad, even shoulders and was never in a hurry. Raphael, Alizel imagined, was a healer, although he may not have been aware of it at the time, since angels were never “injured” or in need of being healed. They were either perfectly healthy or in the Containment. Neither situation could be made better by anyone else’s help. The concepts of destruction and healing were only just beginning to dawn on them. Still, Raphael’s gentleness always made Alizel and the other Unranked feel safe in his presence, and he seemed to have a gift for fixing whatever troubled angels’ hearts. Alizel watched anxiously.
Luciferel was still hunched over the rail that guarded the Portal, and didn’t notice the other angel’s approach. Rafael stood there for a moment as if contemplating what to say, and then placed a firm hand on Luciferel’s shoulder.
Luciferel whipped his head around, fear shining in his eyes. His body relaxed slightly in Rafael’s presence but his expression was still guarded. Rafael’s countenance was serene but troubled. He was one of the few who could take in the full pain of another and still exude a soothing aura to those around him. Alizel wondered how much pain he had already absorbed from the rest of the angels…and how much more he would have to before this was all over.
Rafael just looked at his fellow Seraph, as if trying to probe the depths of Luciferel’s soul. He didn’t speak for several minutes, until Luciferel finally met his gaze. Rafael didn’t flinch, but the lines around his eyes drew downwards.
“What has happened to you?” Rafael seemed to already know, but asked his question more to see if Luciferel himself understood.
“I am becoming stronger,” he said, gasping for breath. If it weren’t for the seriousness of the situation, Alizel would have almost thought it to be a joke.
Rafael swept his soft brown eyes over Luciferel’s body and then raised his eyebrows. “You have rejected God’s power that sustains us. Your body is falling apart. If you do not let Him flow through you again, you will surely perish.”
“I will not die. I have found another power to sustain me.”
The shock of his words made Rafael look on in confusion. Alizel’s eyes narrowed as he listened. Was Luciferel bluffing? He certainly didn’t seem to be sustained.
“All this time,” Luciferel continued, each word labored, “we thought that was the only way that we could live. Yet only after blocking that vile substance did I find my own true power.”
“This power you speak of has left your body broken and damaged. This internal power cannot compete with God,” Raphael countered.
“It is still dormant, unused.” Luciferel waited to catch his breath before speaking more. “I am the first one to find this fiery power within me. I surely meant to perish. Why would I want to continue in a world where I must bow down to a Son of Mud? But my anger, my displeasure, my feelings against the current situation sustained my body. As these feelings grow stronger, so does my body. I just do not know how to channel this power yet.”
“You never doubted the Lord before. You must come back and let your body receive the Father again. You can still be bright!”
Alizel could tell Rafael’s mind was working furiously, probing to find a crack in the wall of resentment Luciferel had erected around himself.
“I was a fool then, surely. I did not understand that God only meant to betray us.” The more Luciferel talked, the stronger he seemed to become.
“There are uncertain times ahead, to be sure. But that is all the more reason we need you with us, as our leader.” Rafael was appealing to Luciferel’s sense of vanity now. “No one was able to lead as well as you or to command as much respect as you. What will we do without you?”
“Honestly?” Luciferel looked at him, but from Rafael’s expression it was obvious he didn’t see the same Luciferel looking back at him. “Honestly, I don’t care.”
Luciferel got up to leave. His gait was still hobbling, but he could walk away on his own. His words trailed after him. “Come find me if you come to your senses. Come find me if you want to be stronger.” 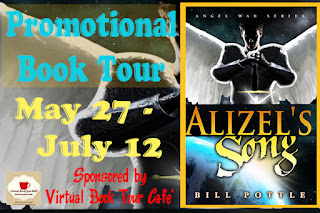 a Rafflecopter giveaway
Posted by Unknown at 11:13 AM