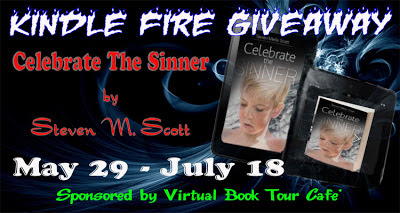 S.M. Scott was raised and educated in Oregon, Alaska, France and Africa. Born in the Willamette Valley, his father, grandfather and great grandfather were Oregon lumbermen. When he was eight, his parents packed up the family and their portable sawmill and moved to Anchorage, Alaska where they began cutting homesteader timber in the summers and teaching school each winter.

He later returned to Oregon to pursue undergraduate studies at Linfield College. Along the way, he has studied economics, biology, French and medicine. He attended medical school in Colorado, undertook surgical training at the University of Utah and completed his cancer training at the Mayo Clinic in Minnesota. He and his family now live in Salt Lake City in the warm company of Saints and sinners. He is a practicing orthopedist and cancer surgeon. 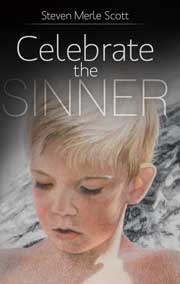 In 1924, Marie walks through the Waverly Baby Home and chooses Teddy because he looks like the child she deserves...but the boy has hidden defects. Five years later, against a backdrop of financial ruin, KKK resurgence, hangings and arson, Marie's husband, Merle, struggles to succeed, Marie loses her way, and troubled seven year-old Teddy begins to see what he and his family are missing.

CELEBRATE THE SINNER unfolds with the onset of The Great Depression after Teddy’s father buys a bankrupt sawmill and moves his small family to an isolated Oregon mill town. Merle feeds his hunger with logs and production, while his young wife feels like rough-cut lumber, unworthy of paint and without a future. When a conspiracy threatens the mill, Merle adds the powerful KKK to his business network. Untended, Teddy strays as he searches for a connection outside himself. He loves the machines that take the trees, but he also worships his new, young teacher. He discovers the Bucket of Blood Roadhouse and begins spending his Saturday nights peering through its windows, gaining an unlikely mentor: Wattie Blue, an ancient, Black musician from Missouri, by way of Chicago, plays the lip harp and calls out square dances. When Wattie faces the Klan and his past, Teddy and his family are confronted with equally difficult choices.

Framed by solitary, narcissistic, ninety-year-old Ted, this story of desperate people contains humor, grit, mystery and an ending that surprises, even stuns. "Spines and bellies soften and round off with the years," Old Ted muses. "Thoughts, too, lose their edge, but secrets scream for revelation. Perfect people, after all, don't hold a monopoly on the right to tell their stories.

YOUNG Teddy with his mother:

“Teddy,” Mother called through her bedroom door. “I need you.”
I left the front window and knocked on her door. She insisted I do that. If she answered, I could come in. If she didn’t answer, it meant I should go away.
“Come in,” she said.
Mother had just finished bathing. She was at her dressing table, sitting on the chair with the soft embroidered seat, staring into the mirror, studying her image. A white towel bound her hair. I stood in the doorway and watched her pat and squeeze the towel. Her hands traced its length from top to bottom, working the moisture into the fabric. As she let the towel fall, with a single hand, she carried her thick braid forward and laid it beside her breast.
“Sit here, Teddy, and brush my hair.” She patted the seat cushion and inched forward. “We can make room.”
I climbed onto the chair behind her, my legs astraddle her naked hips, my spine pressed against the hard wooden back. The wet length of hair seemed to swell against the loose braid that held it. I released the braid and watched the strands fall apart. As I picked up the hairbrush and started with the damp ends, I knew that when I finished, when her hair had dried, it would ruffle and fan out like the tail feathers of a bright red bird.
I was Mother’s spectator, her silent confidant, forever held by the promise of more. Small secret jars, some pink and lavender, some with gold lids, others with glass stoppers, she arranged across her dressing table like figurines. She touched a shade of color with her fingertip and carried it to her cheek with the love of an artist completing a masterpiece. She reached for a second color, sampled it, but chose another. Rarely did she move her eyes from the glass in front. And rarely did I.
Mother’s eyebrows were slender because she plucked them, but her lips were full. When she looked down, lids masked her eyes like shades lowered, but the aching green behind them was always present. She wore her makeup bright red across the lips for the world to see, but more subtly along her cheeks and at the angle of her jaw. In her jewelry box, she kept gold hoops and bobs to wear when she and Father went out. During the afternoons at her dressing table, I chose the earrings she wore.
“You are the best little man,” she told me as I worked the brush through her hair.
“I know I am.”
I carried the brush higher and used it to massage her scalp the way she had taught me. She tilted her head to the left and then to the right to change the angle of view, the cast of light, and I followed her movements, careful not to pull. The thin muscles at the front of her neck tightened and released and slid beneath her pale skin like silk ropes under tension.
Held between the chair back and her spine, I barely moved, the warmth of her bath rising against me, damp like the rope of hair between us.
“I am so lucky to have you,” she said.
I searched her mirror for an echoed smile, a flickered glance, the small treasures she’d hide for me to find, me alone.
Mother stood and moved away, but moisture from her thighs remained on the brocade cushion, altering the color of its fabric from blue to purple, which, after years, became an imprint that stayed.
“Go play, now.”
I left with only the scent of her bath. 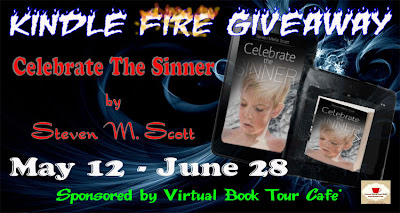