Book Review: In Times of Trouble by Yolonda Tonette Sanders

In Times of Trouble
by Yolonda Tonette Sanders 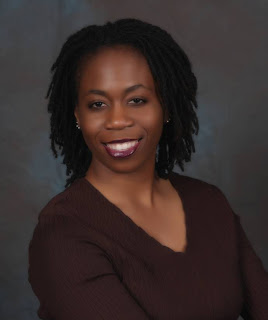 Yolonda Tonette Sanders took a leap of faith in 2004 when she resigned from her job with the State of Ohio after only three and a half years to focus more on writing. It was a leap that she has never regretted. In 2005, her debut novel, Soul Matters, was published by Walk Worthy Press and Time Warner (now Hachette Book Group). In 2008, her second book, Secrets of a Sinner, was published by Harlequin/Kimani Press. That same year Yolonda started Yo Productions, LLC, a Christian based literary services and theatrical entertainment company, which she used to launch and create her first stage production. The theatrical version of Soul Matters debuted successfully in September 2009 at the Capitol Theatre in downtown Columbus, Ohio. Since then, Strebor Books, an imprint of Simon and Schuster, is planning to release four of Yolonda’s titles by April 2015. Currently, Yolonda resides in Columbus, Ohio and is the loving wife of David, proud mother of Tre and Tia, and joyful caregiver of her mother, Wilene. 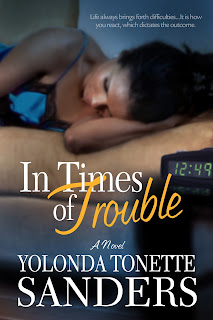 Divorced, single mother Lisa Hampton is grateful for a fresh start after a humiliating scandal forced her to relocate from Maryland to Ohio. Her biggest issue nowadays is dealing with her rebellious teenage daughter, Chanelle, who is one smart comment away from being toothless!

Other than the stress of dealing with Chanelle, life is perfect. Lisa has a new beau and a steady job that allows her the opportunity to rub shoulders with very wealthy and influential people. She is best friends with Isaac and Olivia Scott, an extremely rich and powerful couple.

When Chanelle accuses the Scotts’ son of rape, Lisa learns how quickly her friends become enemies as Olivia and Isaac use their wealth and power to manipulate justice. The Scotts prove that they are willing to go to extreme lengths to protect their son, even if it means destroying both Lisa and Chanelle in the process.

Hearing the sound of her mother's footsteps descending the hardwood stairs, Lisa leaned back on the sofa so as not to appear overly anxious.
"Chanelle still hasn’t made it home?” Her mother’s wire-framed glasses rested at the tip of her nose while a large green robe concealed her body.
"Nope. . ."
"Did you call Jareeka’s?”
“Yes; her father said that she and her mother are away for the weekend.” She felt herself tensing with every word.
“What about RJ? Have you called him?”
“He hasn’t seen her either.”
“Well, don’t come down too hard on her. Maybe she didn't know Jareeka was out of town and when she found out, she decided to hang with one of her other friends instead. Now she should’ve at least called and told you, but she was probably so happy to get out the house that she forgot. Poor thing; it seems like she’s always on punishment. Sometimes I think you’re too hard on that girl. I don't want to meddle—"
"Then please don't," the thirty-eight-year-old interjected in the most respectful tone that she could conjure up with a clenched jaw.
"All right. I'll keep my opinion to myself, but I was merely going to say that you may want to consider extending Chanelle's curfew. She’s practically an adult and it’s time you start treating her like one. Maybe then you’d be less likely to run into this problem."
An electrifying jolt shot through Lisa’s body. The way she disciplined Chanelle had become a constant point of contention between her and her mother. Thank goodness Hattie would soon be moving into her own apartment! Lisa could not wait!
“That makes absolutely no sense!” she fired back. “What she is, is irresponsible. Why should I reward her for not being able to honor her curfew? And anyhow, she wouldn’t have been on punishment recently had she not been so smart at the mouth.”
“I wonder where she got it from . . .” her mother replied cynically, quickly disappearing into the kitchen and returning moments later. “Good night."
"The same to you,” Lisa replied, continuing to stew as the clock read 1:21 a.m. The only other noise she heard was the emptying of the automatic ice machine until ten minutes or so later when a car pulled into the driveway. Lisa’s heart began racing when she saw flashing blue and red lights from the window. It wasn’t her car as she had thought, but a police cruiser. A gut-wrenching fear fell over her. Had something horrible happened to Chanelle? She felt guilty about being so angry and the missed curfew was now a minor issue compared to the concern that her baby might be lying in the hospital somewhere. Lisa was horrified by the unlimited possibilities of things that could’ve happened to her daughter. The pit of her stomach knotted as she sprang from the couch and raced to the front door.

In Times of Trouble is one big roller coaster ride of emotions! It’s also so much more than I was anticipating, and had timed allowed for me to read this in one sitting, I surely would have!
Sanders did a FANTASTIC job with this story. It’s very well written, the characters are easily, easily relatable, and you can’t help but feel something for each of them. As a mother, I felt for Lisa, remembering my teen years, I felt for Chanelle. RJ really changed his ways and proved himself to his family and Eric? Well, now he’s someone that really should see a therapist!
Mama, just loved her! She reminded me of myself at times, trying to tell my own kids right from wrong from lessons learned. I could easily see where she was coming from, but also agreed with Lisa on many aspects too.
With all this said, I completely enjoyed this story and was drawn right in from the very beginning. It has the perfect amount of tension, action and twists & turns, you will find yourself feeling every minute. You will laugh, be angry, talk out loud and even cry. This book will pull out every emotion.  The ending  for sure will have you in tears, it’s inevitable!
When a book moves you to tears, you know it’s a GREAT book!


I highly recommend Yolonda Tonette Sanders as a writer, and fabulous storyteller and I’m definitely going to be checking out her other books as I thoroughly enjoy her work.
Posted by Unknown at 10:38 AM