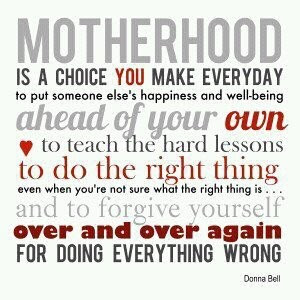 
1. One who chooses to suffer death rather than renounce religious principles.
2. One who makes great sacrifices or suffers much in order to further a belief, cause, or principle.
3.
a. One who endures great suffering: a martyr to arthritis.
b. One who makes a great show of suffering in order to arouse sympathy.


1. One who begets, gives birth to, or nurtures and raises a child; a father or mother.
2. An ancestor; a progenitor.
3. An organism that produces or generates offspring.
4. A guardian; a protector.
5. A parent company.
6. A source or cause; an origin: Despair is the parent of rebellion.

I'm not the perfect mother, but having been a single mother for 23 years, I think I've done a pretty good job. Yes, there are things I've done wrong, probably a lot of things, but I can't, and won't believe that everything I've done is totally wrong.

We raise our kids to the best of our ability, teaching them to use words instead of fists, to respect their elders, to respect each other.

Do you disagree with everything they do as an adult and constantly tell them to try and make them a better person, or accept them for who they have become?

If they get mouthy, which my boys tend to do on occasion, is that a sign of disrespect, or something on a deeper level? 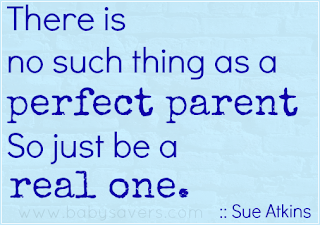 I tend to talk to my kids about everything, but when is talking too much? What if you never had a solid foundation laid for you and you are trying to teach them the best of what you know? How much talk is being too much of a friend and not a parent?

I do know that I could have done better as a mother. I feel guilty about a lot of things I've done that has affected my kids, but that's just it. It's in the past and that's where it should stay. My boys are 14 & 16 (in Sept.), I believe it's never too late to really steer them in the right direction. I have one that knows how to save money, the other it burns a hole in his pocket. One loves to help out and work, the other would rather play Xbox. Does this make me a bad Mom?

Growing up I never got what I wanted, but my Mom would try to get me the big things on Christmas or Birthdays, like my first horse, but I had to pay her back. So I tried to give my kids what they wanted when they wanted it. Now I know that I didn't teach them anything by doing this, but does this make me a totally bad parent?

I would really love to hear your thoughts on these questions. Please comment your suggestions/advice, I'd love to know what you think.
Posted by Unknown at 9:10 AM